Meet Seanote
the Servant of God

One thing everyone realizes about Seanote, if you are around him long enough, is he loves the Lord Jesus and is not afraid to let you know it. He was saved at age 7. He never got into smoking, drinking or cursing. He only had two girlfriends and married the second one. At age 11, he was witnessing to his schoolmates. He remembers an incident at school when a teacher told him to take his bible home and not to bring it back. Some of his classmates called him preacherman.

Seanote always loved to sing. He first started singing on church choirs in Charlotte, NC. When he moved to Lancaster, PA, he remembers his father teaching him about singing and harmonizing. Then, he joined his church choir for about 12 years until he went to college. Also during this time, he started performing in stage productions and films.

Seanote became a professional actor and trained in New York City. He has been in movies with Denzel Washington, Oprah Winfrey, Charlie Sheen, Omar Epps, Robert Redford, Tom Berenger, Mark Wahlberg and many others. Seanote was headed for the big screen. He had also been working on a positive R&B album for the youth, because he was tired of them listening to music with bad messages and bad language. Seanote went to Los Angeles, CA, to film his first music video. With his album and video finished, he was ready to release them, but he received a phone call to go to Kampala, Uganda (Africa ) on a 10-day tour. While there, he performed before 100,000 people.

It was in Uganda where God started tugging at Seanote's heart, showing him the real meaning of Gospel Music. He was ready to release his album nationwide, but the last concert in Africa changed his life forever. That night, there were about 70,000 in attendance. After the concert, 15,000 people accepted Jesus Christ as their Savior. Seanote realized that bringing souls into the kingdom of God is what singing Gospel Music is all about.

When Seanote returned home, he had a big decision to make. Should he continue with his dream of being a film and R&B star, or give it all up and see what God's plan was? So, he did what he was used to doing. He prayed and asked God what to do. God gave him the choice. God spoke to his spirit and said, "You can continue on the path you are on, or you can work for me." Seanote asked God, "Why did you not stop me from recording the album in the first place?" God replied, "You never asked me if you should do it. You decided this on your own. I let you record it, but I was not going to let you release it to the masses." Seanote told God his decision was to work for Him.

Seanote pulled the music video so it would never be seen by the masses. He also pulled back every copy of the CD he could get from the distribution company. The company informed Seanote he would lose all future royalties, but he did not care. Seanote also called his movie agent and told her he did not want to act in any movies that were not Christian-based. His agent was a little angry, but understood, because she was a Christian as well. Seanote has turned down many movie and TV scripts due to his faith.

He remembers one script in particular. He was to be cast in a new TV series in New York. When he met with the director to read the script, it was filled with bad language. Seanote told the director he would not read the script. The director asked him to explain. Seanote said he was a Christian and would not read such words. The director thought Seanote was crazy, because the role was to pay $20.000 a week. Seanote left and thought to himself, if the devil could pay him $20.000 a week, God could pay him $100.000 a week. He also remembers when he walked out, someone stopped him in the hallway and said, "I heard what you said and agreed with you. I walked out too, because I am also a Christian." They shook hands and thanked God for the strength to walk away. Seanote realized that you never know who is watching you, and how what you do can affect someone else's life.

After choosing to work for God, Seanote dedicated his talents to serving the Lord.He has recently completed his debut Gospel Album (First Service) and also finished writing his first Christian movie script. With all of his Hollywood contacts and the blessing of the Lord, the Movie should be a big success. The Movie is to be picked up by a Major Studio soon. God has truly blessed Seanote! 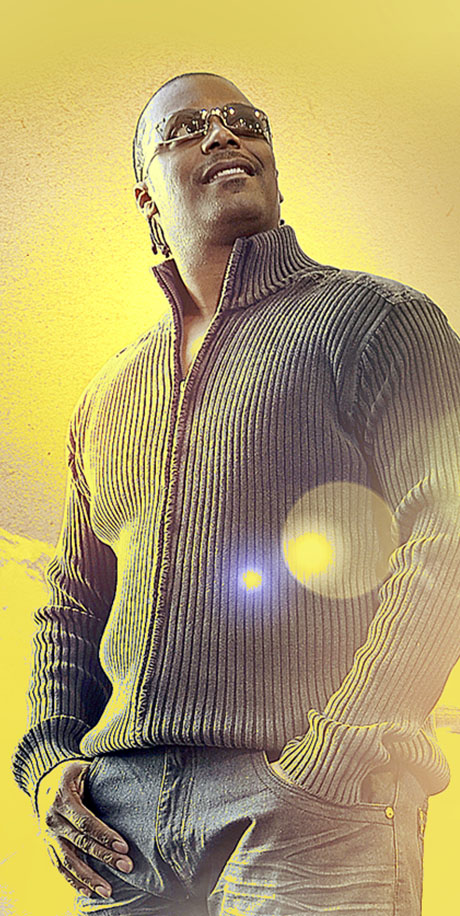